Zangezur is one of the most beautiful provinces in Armenia. There you will admire both architecture and nature. Lush, emerald meadows, forests and rocky peaks are waiting for you! Let's start your journey to the heaven! 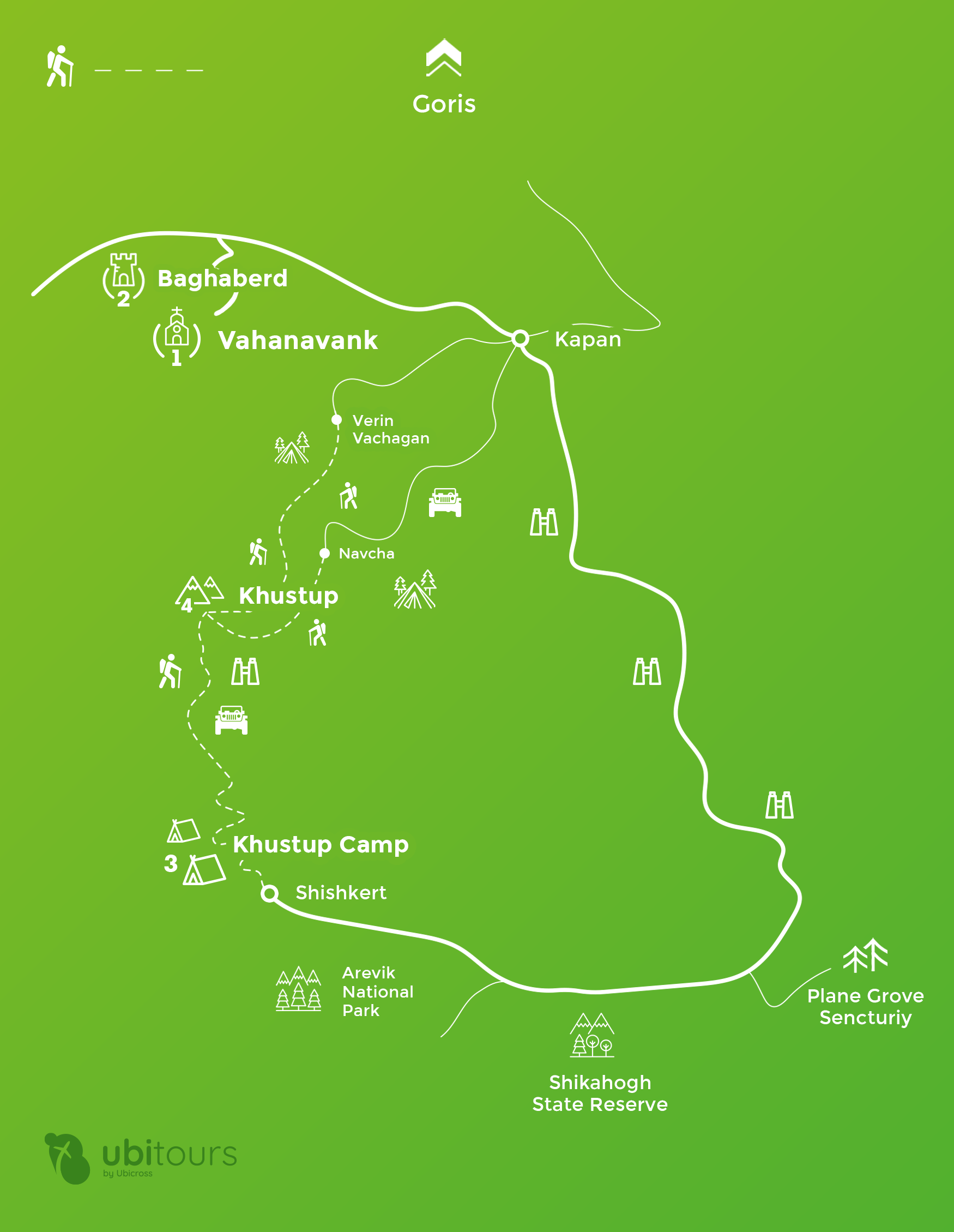 Advices - Use sunscreen. In the forest be aware of wild animals.

Start your journey from the small town Kapan. Kapan is the largest town in the Syunik province as well as the entire region of southern Armenia. It is located in the eastern part of Syunik, within the narrow valley of the Voghji River with a length of 13 km (8 mi) from the east to the west, at the southeastern slopes of the Zangezur Mountain Range, between the Bargushat and Meghri ridges. 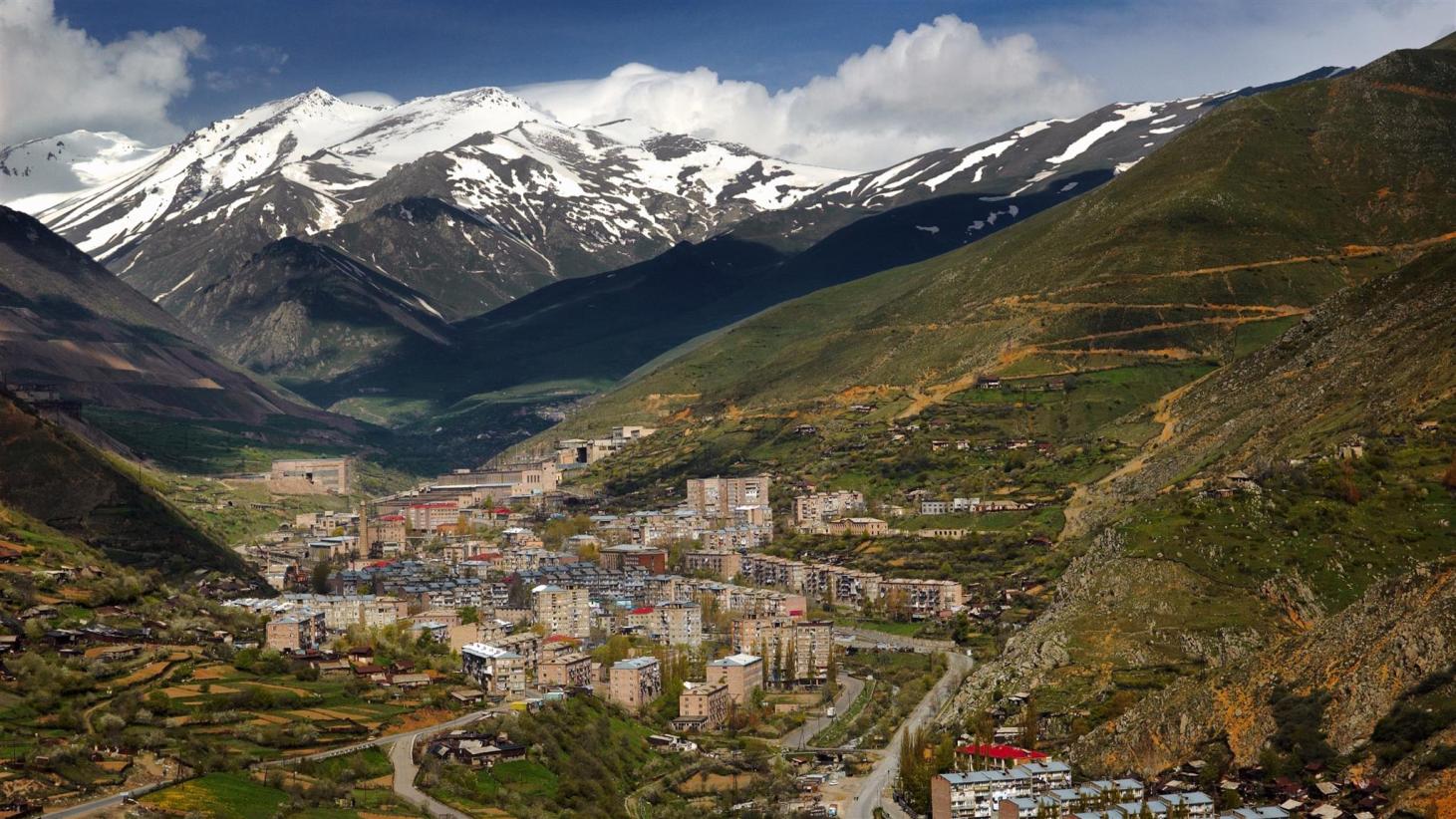 The area of modern-day Kapan was first mentioned in the 5th century as a small settlement within the properties of the Siunia Dynasty. Following the independence of Armenia in 1991, Kapan became the centre of the newly formed Syunik Province as per the 1995 administrative reforms of the republic. The historic part of Kapan is located around 10 km (6 mi) km west of the modern-day town. As one of the historic settlements of Armenia, Kapan and the surrounding areas are home to many heritage monuments of Armenian architecture. The town has several statues of prominent Armenian patriotic figures, such as the equestrian statue of Davit Bek erected in 1983, and Garegin Nzhdeh's memorial opened in 2001. There are hotels in the town, where you can stay for a night, such as Dian Hotel or Prince Hotel. Then continue on your way to your first destination. 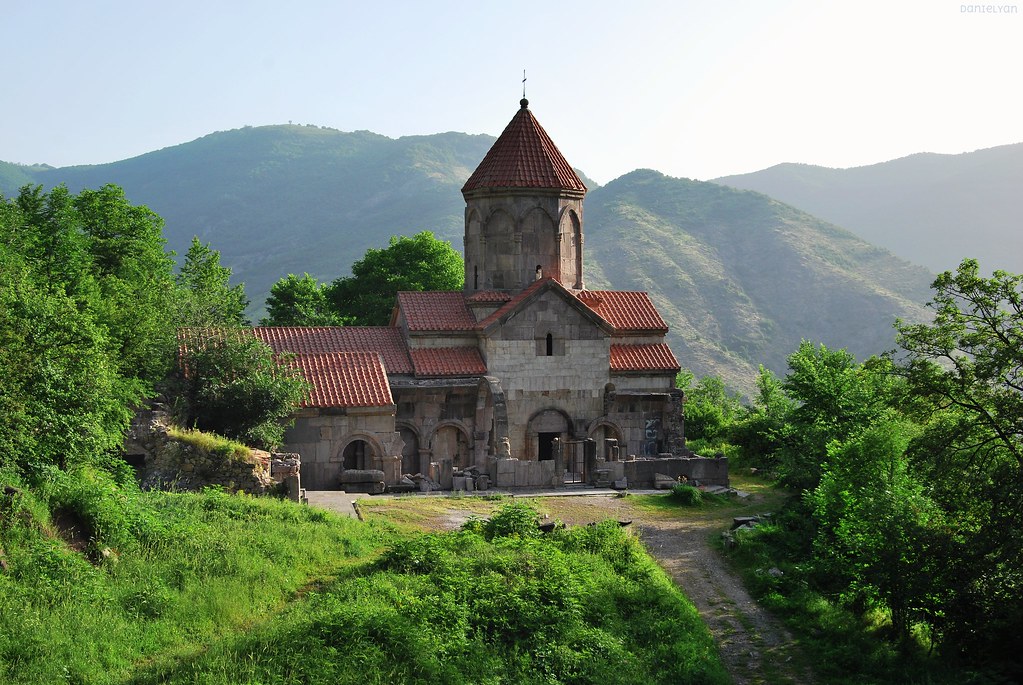 This 10th-11th century wonderful complex is located approximately 5 kilometers west of the town of Kapan. The monastery was built over a Bronze Age grave field (13.-11. BCE) by Prince Vahan Nakhashinogh, of which it gets its namesake. A spiritual school was opened at the monastery where young boys from Baghk and other provinces studied.Vahanavank became the religious center for the kings of Syunik in the 11th century. After admiring this monastery visit the Baghaberd castle. Baghaberd is located along a ridge overlooking the Voghji River, 14 kilometres (9 mi) northwest of the village of Kapan. It is thought to have been built in the 4th century by Baghak of Sisak Nahapet. Baghaberd became the last capital of the Syunik kingdom after the destruction of the nearby village of Kapan in the year 1103. In 1170, the fortress was captured by the Seljuq Turks. It has a stunning view and we are shure that this place you will remember for many years.

Your next destination is one of the main hiking spots in Armenia - the mount Khustup. There are 3 ways to this mount. The mostly used one is by camping in Navcha settlement, which is 2000 km above sea level. The second way is by camping in Verin Vachagan small town.

The third way is the longest but also the most interesting. By this way you can reach the mount Khustup as close as it's possible by Jeep. If you go this way, you may visit the Plane Grove Senctuary. It comprises the biggest in the Caucasus natural grove of the oriental plane Platanus orientalis and is surrounded by a 100 m wide buffer zone which encompasses the lands of Nerkin Hand and the Kapan Forestry.

Then comes the Shikahogh State Reserve, which is Armenia’s second largest forest reserve, covering some 10,330 ha of land. The Shikahogh State Reserve is home to about 1,100 species of plants, 70 of which have been registered in the Red Book of Armenia and 18 in the Red Book of the Soviet Union. The fauna of Shikahogh has not been fully explored, but studies have already revealed rare species of animals such as leopard, bezoar, bear, snowcock, viper, and hedgehog. Shikahogh is the only place where the forest remains intact. It is home to unique species considered to be the wealth of not only Armenia but the whole world as well. 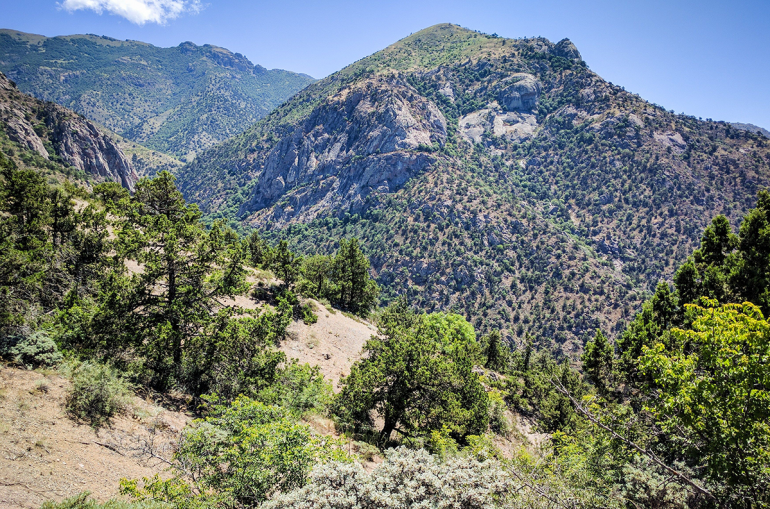 Afterward, continue your way to Shishkert. 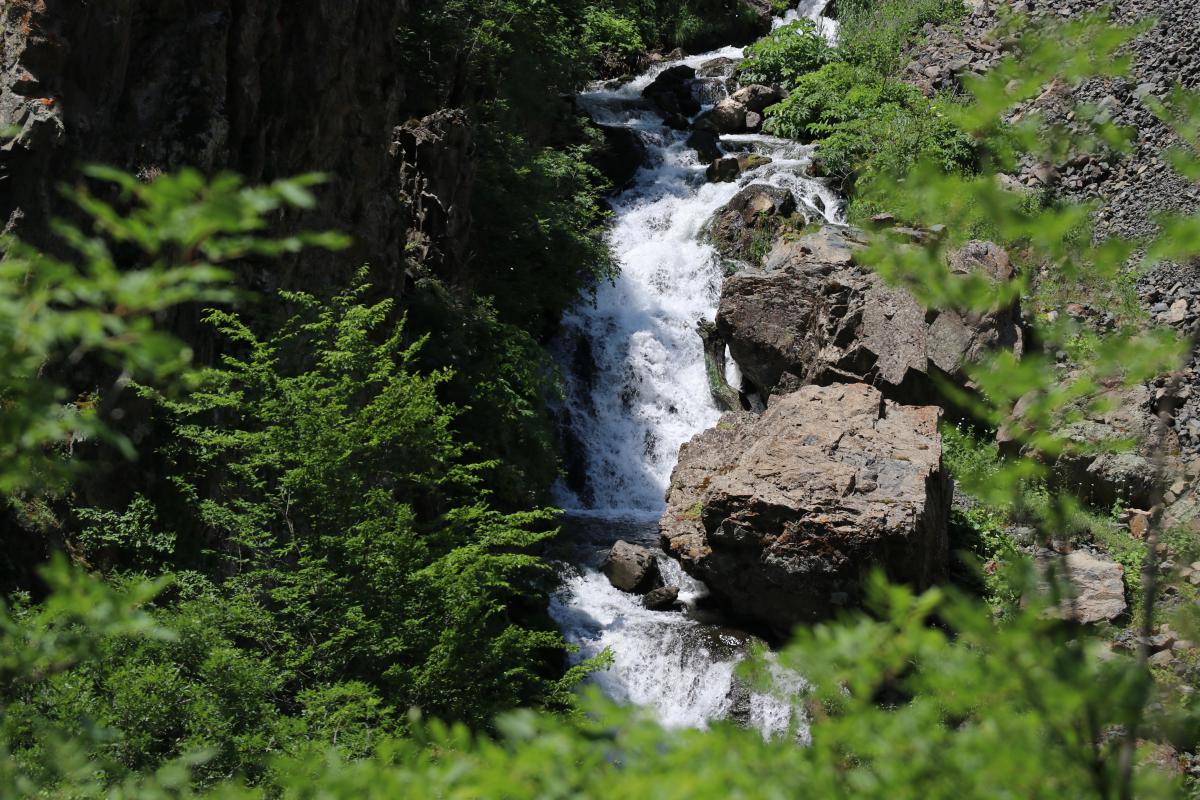 The Shishkert village for the first time was mentioned  in the book "History of Syunik" by the historian of the 13th century Stepanos Orbelyan. It was one of the richest collective economy in Soviet times. Nowdays it is a small village with couple of houses. There are only some small huts and it's used as a camping spot for Khustup climbers․ After staying in a Khustup camp spot for a night and having rest continue your way to the marvelous mount Khustup. 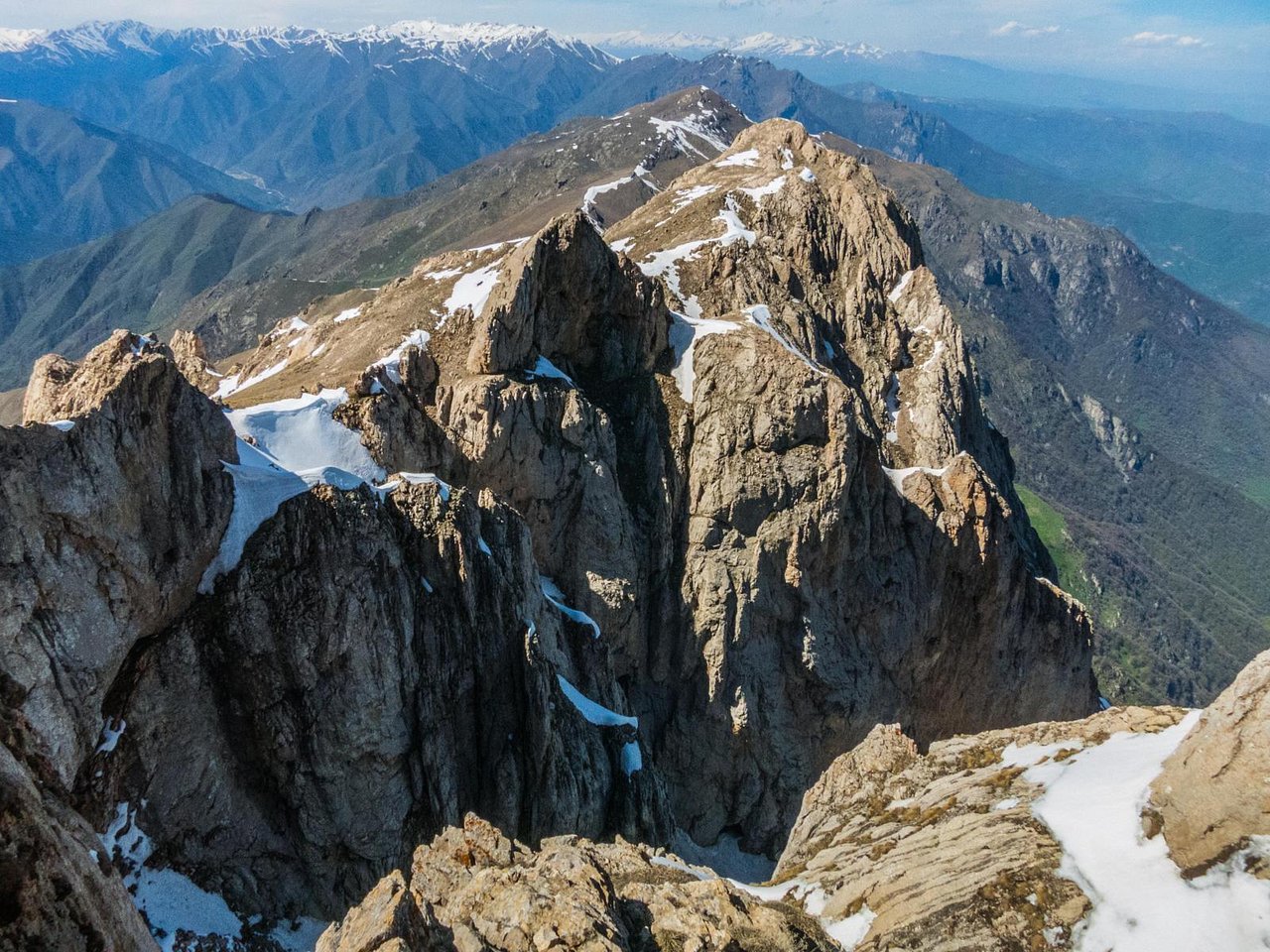 Stay tuned! Stunning views are awaiting you! It is a relatively easy hike and the views are totally worth going! The climb will last about 6 to 7 hours depending on your promptitude. The height of the mountain is 3,206 meters above sea level. The origin of Vachagan River is located at the northern edge of mount Khustup. The Armenian national hero, military leader Garegin Nzhdeh is buried on the slopes of Mount Khustup. It is one of the most beautiful, magical and unforgettable summits that you will ever conquer. The view is so magestic that you will hardly be able to control your emotions!