2 days hiking to the highest peak of Armenia - Aragats

2 days hiking to the highest peak of Armenia - Aragats

Climbing a mountain is a challenge for all of us. The wind blows, the temperature is droping, it's hard to breath and your back hurts. Yes, it's emberassing. Eaven so, most of us are willing to see the highest peak of Armenia, beacause it gives us strength, memories and courage to continue our way to the bright future. Are you this kind of person? Then take 2 days off and let's do this! 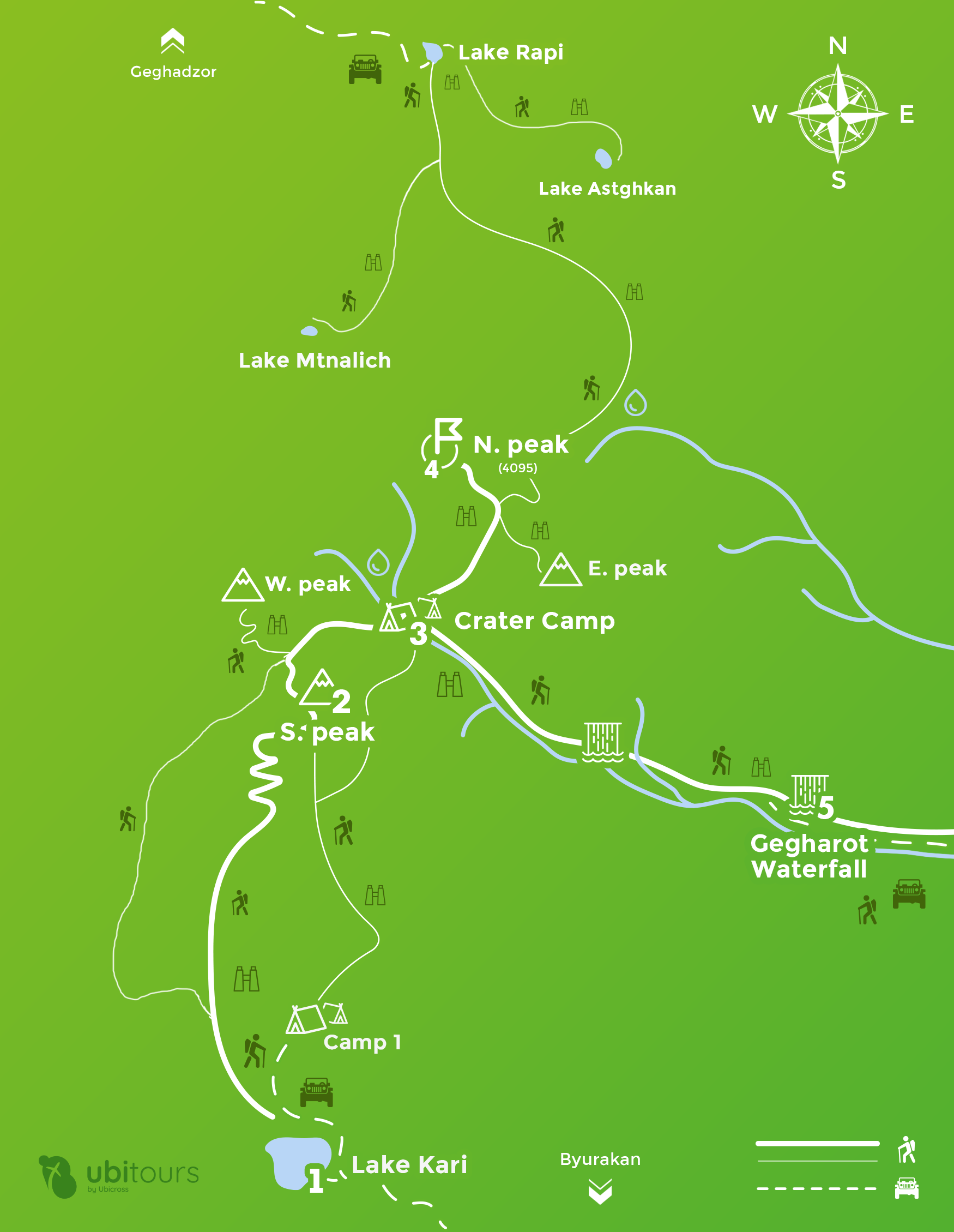 Advices- Camp in the center of crater to avoid rockfall. Be sure to bring a medicine box and sunscreen with you.

Mount Aragats (pronounced [ɑɾɑˈgɑts])  is an isolated four-peaked volcano massif. Aragats was mentioned by the early medieval historian Movses Khorenatsi, who in his History of Armenia claims that the mountain is named after Aramaneak, the son of Hayk, the legendary father of the Armenian people.

The modern Aragatsotn Province, dominated by the mountain, was formed in 1995. The name of the mountain is less often spelled Aragatz or Aragac. Aragats is isolated from Armenia's other mountain ranges. However, it is considered part and the highest point of Armenian highland. It has four summits, which are named according to their relative geographic position. 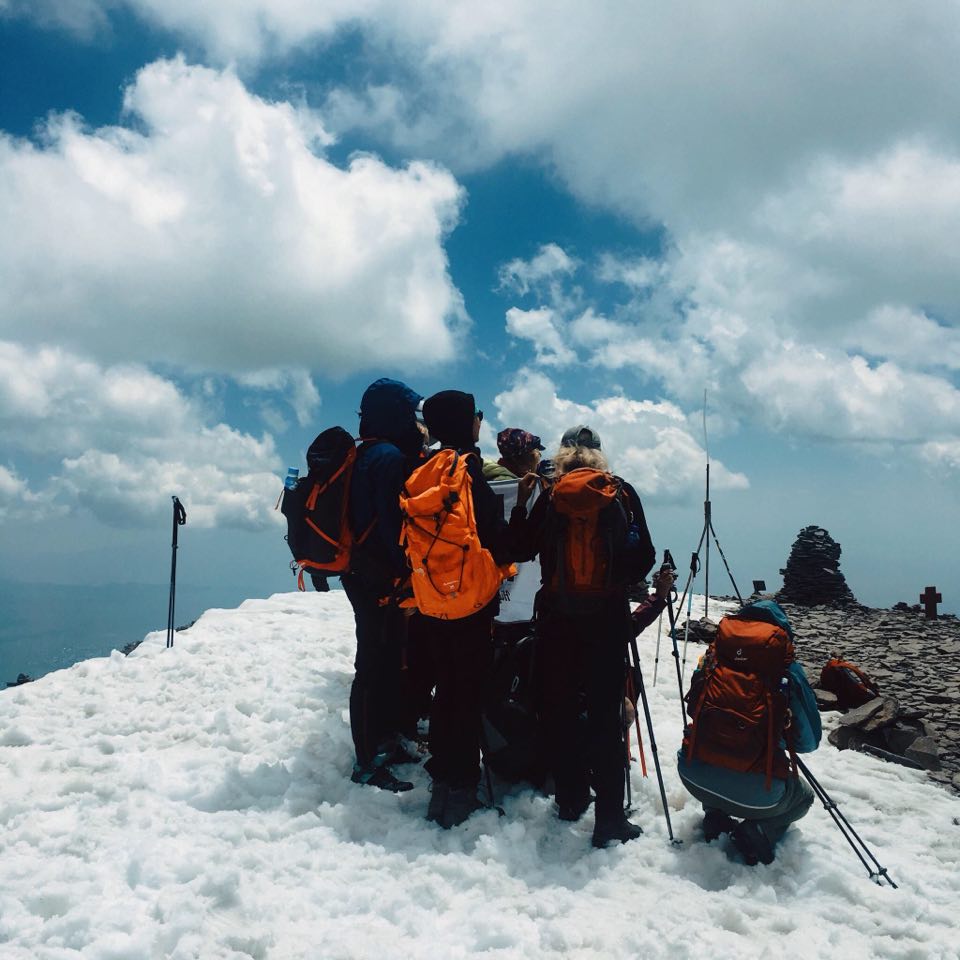 Aragats is a large volcano with numerous fissure vents and adventive cones. Numerous large lava flows descend from the volcano and are constrained in age between middle Pleistocene and 3,000 BCE. The summit crater is cut by a 13 kilometres (8.1 mi) long line of cones which generated possibly Holocene-age lahars and lava flows. The volcanic system covers an area of 5,000 km2 and is one of the largest in the region.

Numerous engravings have been around the volcano, including rock paintings portraying animals and human-like figures in Kasagh River valley possibly of early Holocene age, and in Aghavnatun on the southern side of the volcano including petroglyps showing animals that were possibly created in the 4th to 1st millennia BCE. Aragats has historically played a significant role in Armenian history and culture. Numerous historical and modern monuments are located on its slopes, such as the 4th century mausoleum of the Arsacid, the early medieval fortress of Amberd, the nearby 11th century Vahramashen Church , etc..

Now let's figure out how to climb two peaks of this beautiful mountain just in 2 days. You can start your journey at 7 o'clock from Yerevan and drive to the Lake Kari. 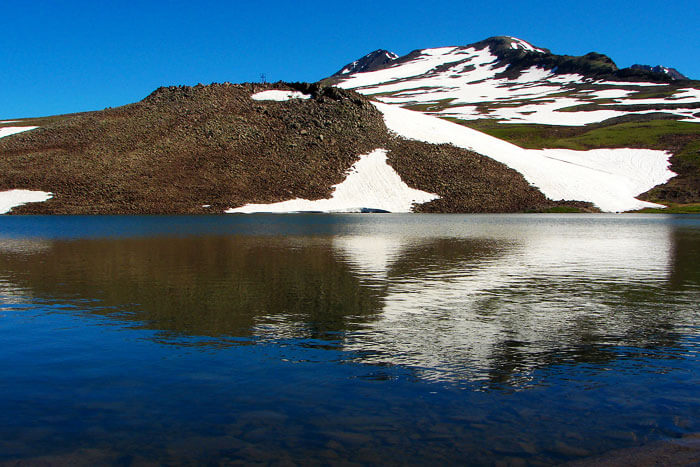 Lake Kari is located on the slopes of Aragats. Most of its water comes from ice and snow. It is located 3,185 m above the sea level and has a perimeter of 1,150 m. On the eastern side of the lake there is a meteorological station.

After this you can start climbing the Southern peak.

If you want to climb only the Northern peak and dont want to camp in the crater or see the Gegharot waterfall, there is a camping spot where you can stay, have a rest, leave a part of your backpack there and start your way to the Northern peak, but we offer to stay overnight on 3000 m above the sea for acclimatization. 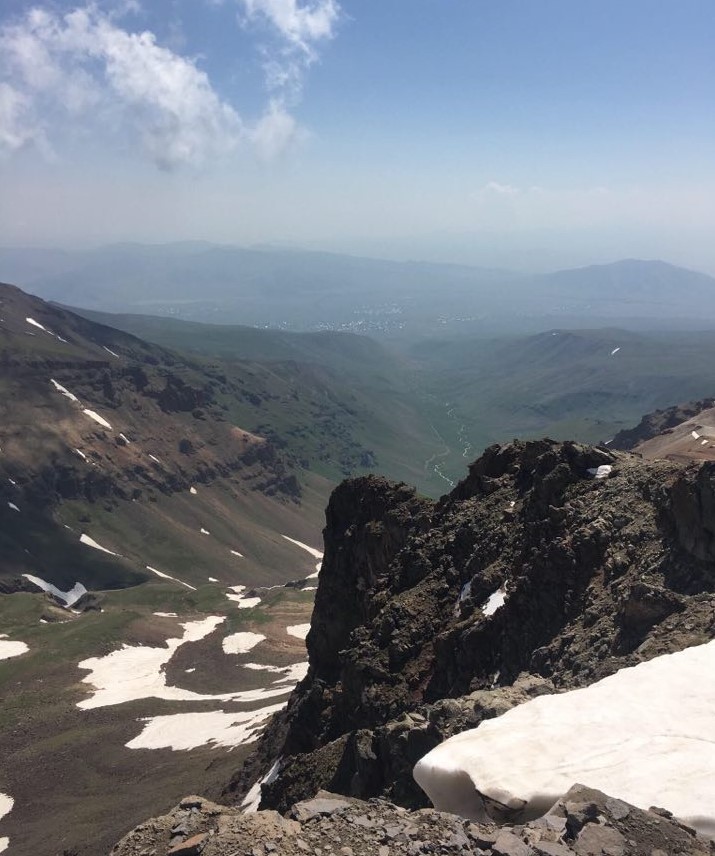 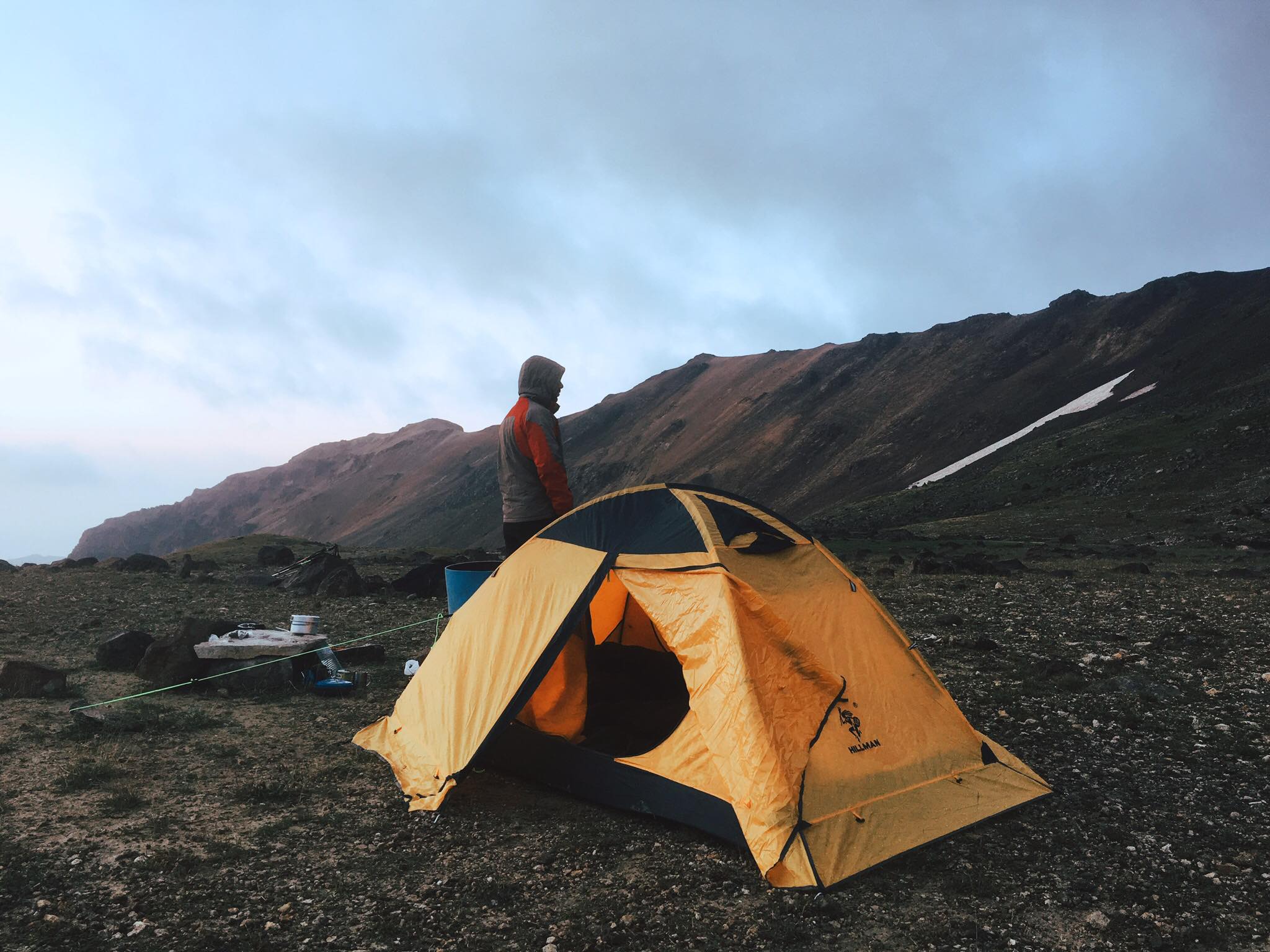 Make your camp on the central part of the crater, because it's between four paks and is less windy and more flat. Take a rest and prepare for climbing the Northern peak. There is a water spot from melted glaciers, where you can replanish your drinking water resources. 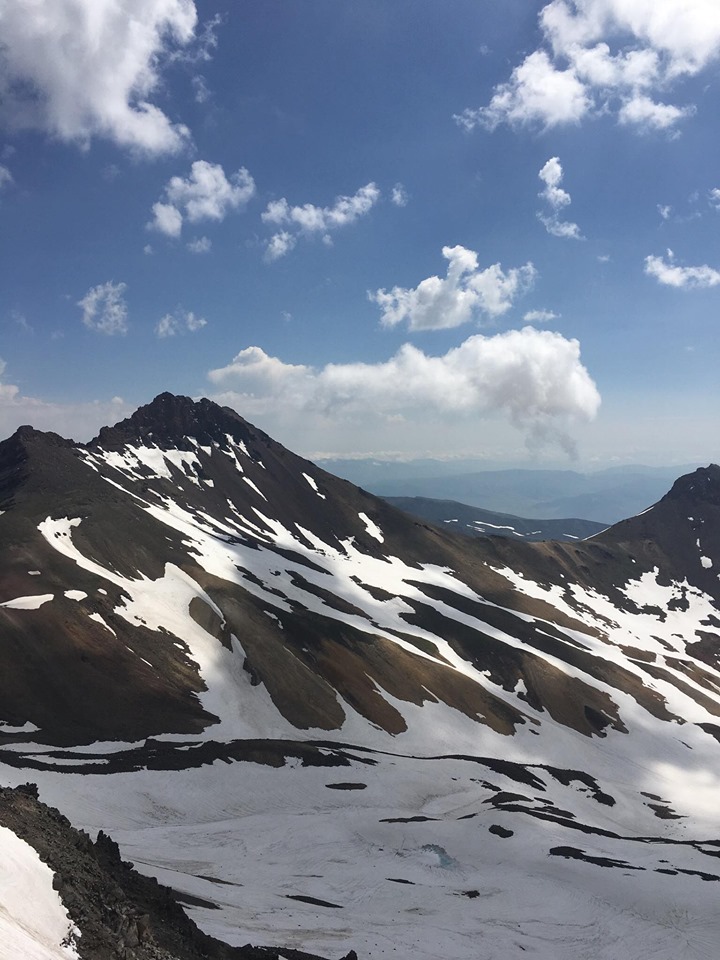 The Northern Peak is 4090 meters high and is the highest peak of Armenia. It is a wonderful hike. Climbing in September is better than May. In May there are still a lot of snow and the hike becomes quite heavy. Also you can try both the straight climb to the top - which requires climbing over rocks for about an hour at the top - and the left loop walk from the camp, which is much easier.

On the Northern slope of the mount Aragats there are three lakes-Mtnalich, Astghkan and Rapi which are seen from the peak in good weather and are relatively lower from it by 1000 meters. 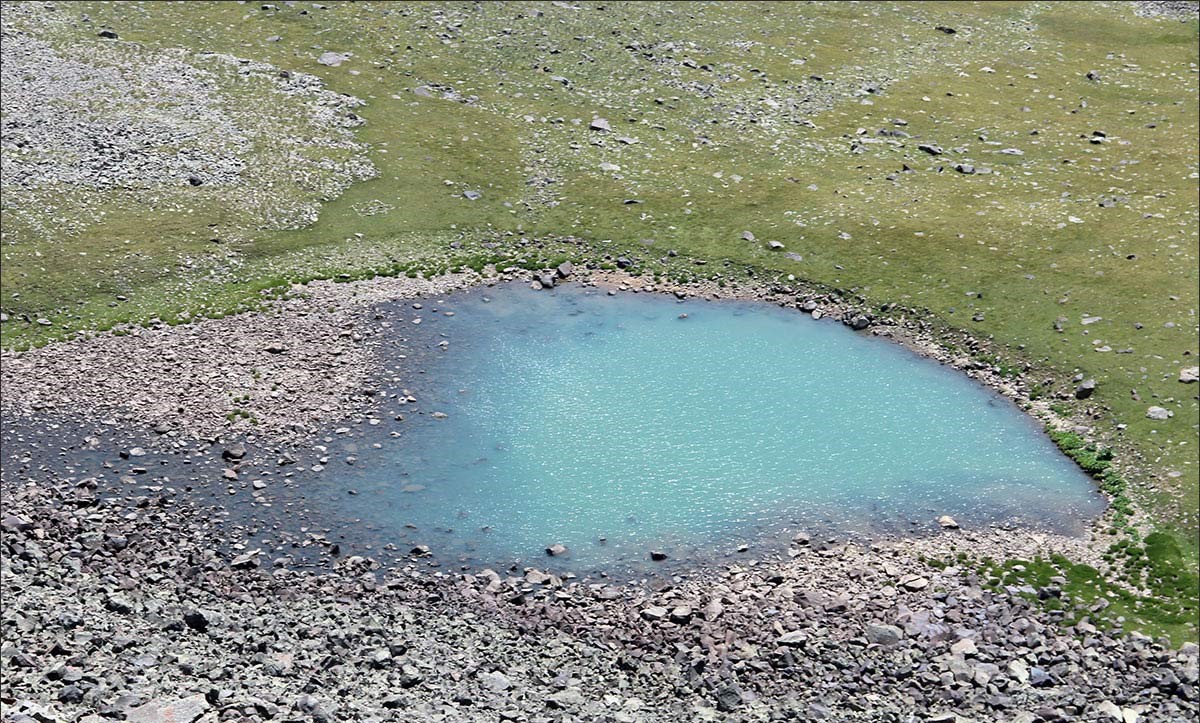 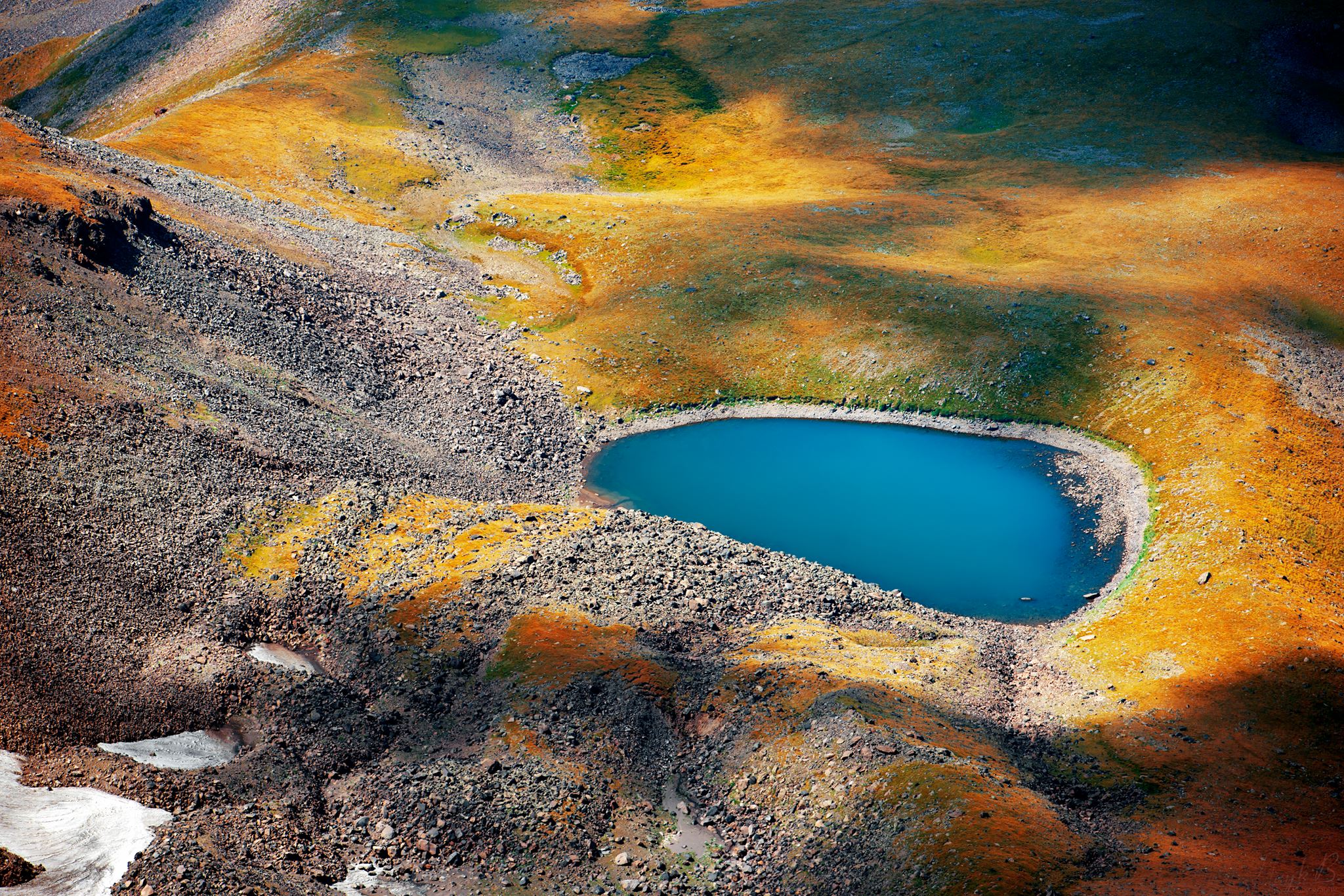 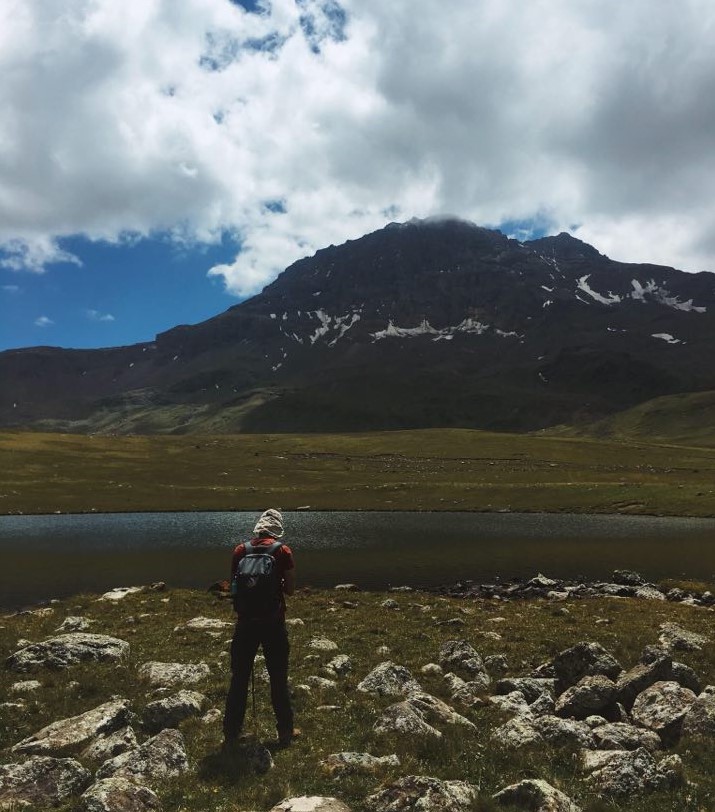 From the crater camp continue your way to the Gegharot waterfall. 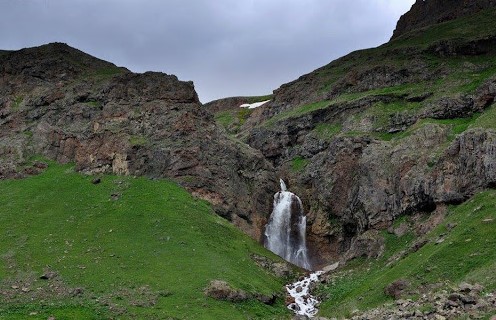 In winters the Waterfall is frozen, while in summers it falls from about 17 meters height. The Waterfall  is a “hydrological monument” and is registered in the list of “Specially protected areas”.

You can arrenge in advance your transfer by off road SUV to the Aragats village or hike for about 10 kilometers.

For convenience download apps that can help you to find new trails, check the weather and survive in difficult situations. There is no signal so please call to Armenian Mountainering and Hiking Federation (+374 94 911 201 Suren) and inform them about your journey  in advance.