10 must visit places in Armenia 10 must visit places in Armenia

Armenia... A small country with a big heart.

If you are searching for real food, hospitality, extreme, endless mountains and historical monuments, then Armenia is a must visit country. So if you are going to visit Armenia , this list should help you learn what to see in this country ! 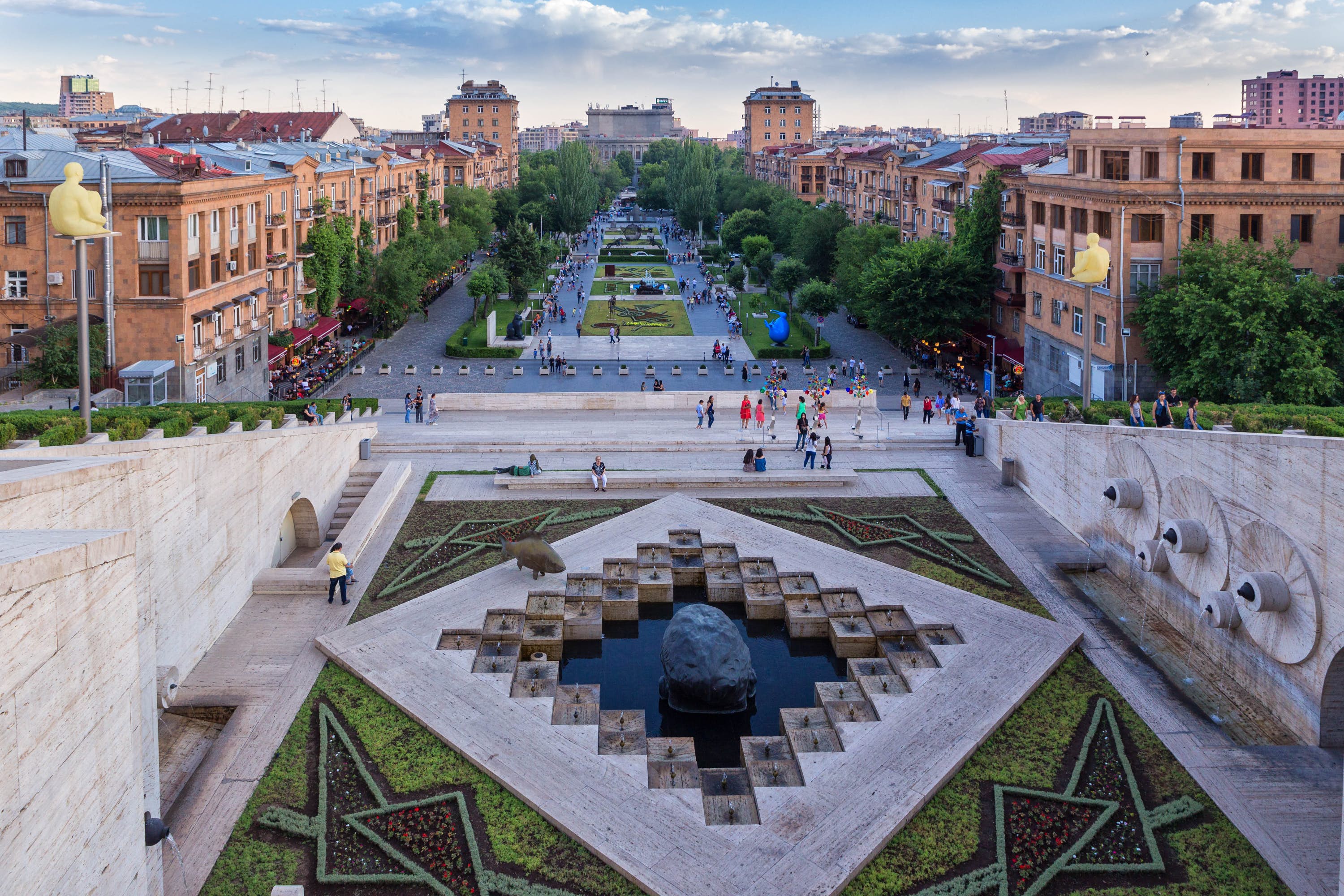 Let's start our journey from the capital city, which is world-famous for its architecture, culture, music and "taste". The city has a centuries-old history. Could you Imagine that it's older than Rome? Yerevan has lots of bars and cafes, shops, green spaces, jazz clubs and an all-round good vibe. With its pink tuff stone facades, fountain-filled public squares,original cafes Yerevan has a European feel, but at the same time it has eastern hospitality and emotionality. Here you will find one of the extreme and beautiful places in Armenia. First of all lets find a place for overnight. There are two very beautiful resorts where you can stay - the Apaga and Lastiver. Both of them are very beautiful and convenient. 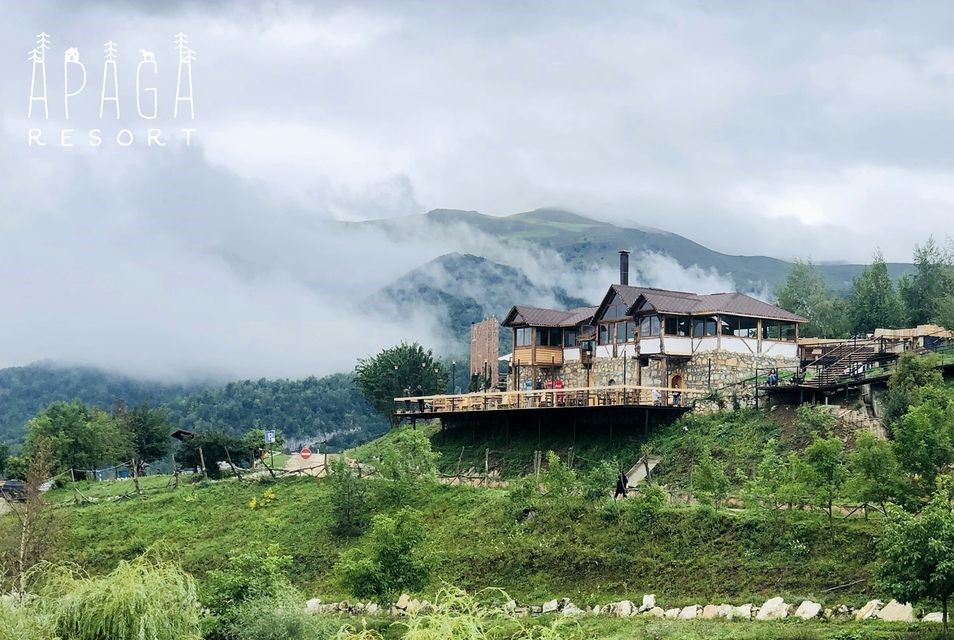 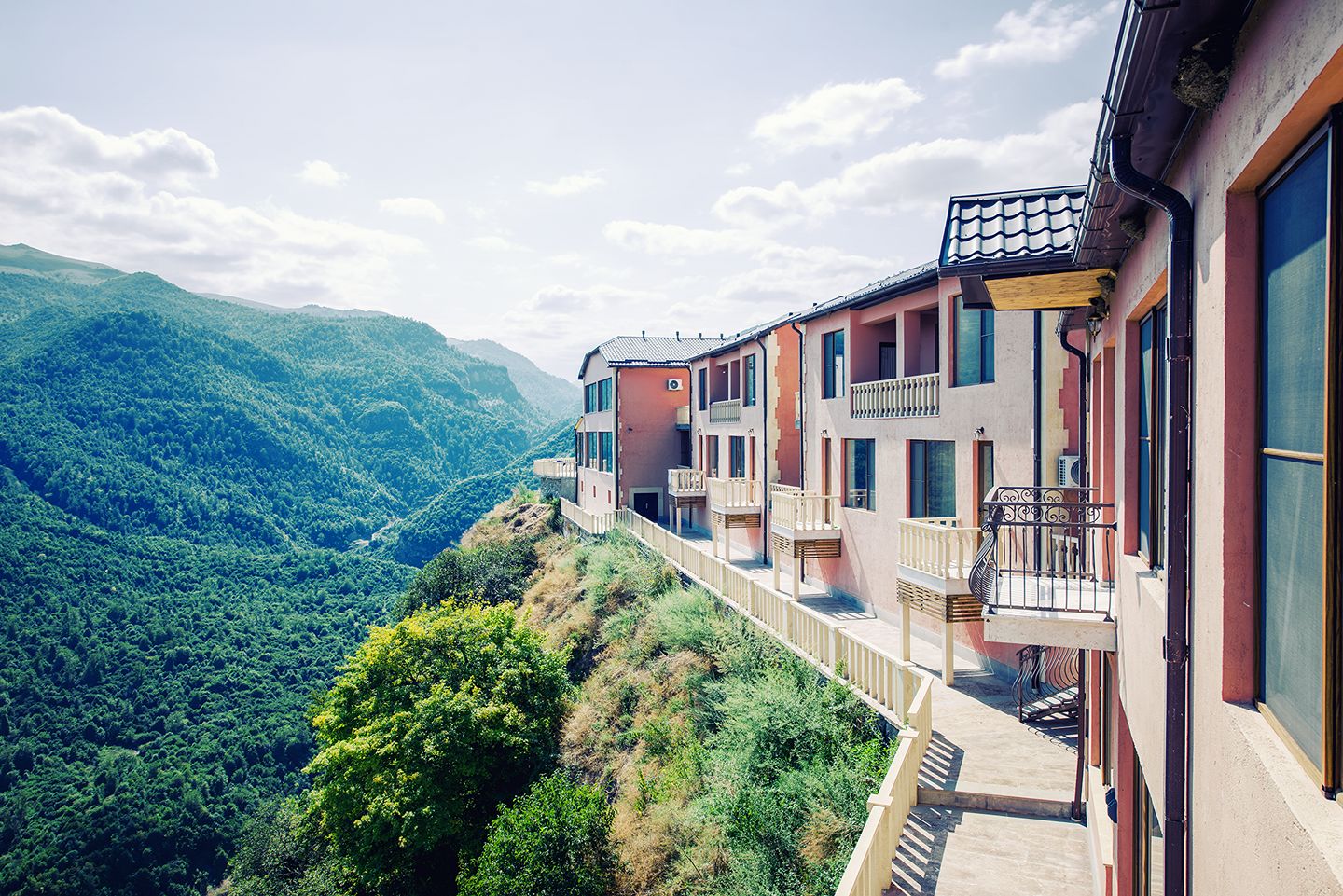 After taking care of the overnight stay, you can already think about having fun. The best option is the Yell Extreme Park which is a real paradise for those who want to combine adrenaline and eco environment. Yell Extreme Park is a place where people are flying, overcoming obstacles, climbing over rocks surrounded by extremely beautiful nature without any problem. Current activities of the park include Zip-line (5 different lines), Rope Park, Horseback riding, Via Ferrata, Zorbing, Off-road Tours, Rock Climbing, Paragliding and Paintball. Considering not only Armenia but also its surrounding countries many of the mentioned activities can be found only at Yell. 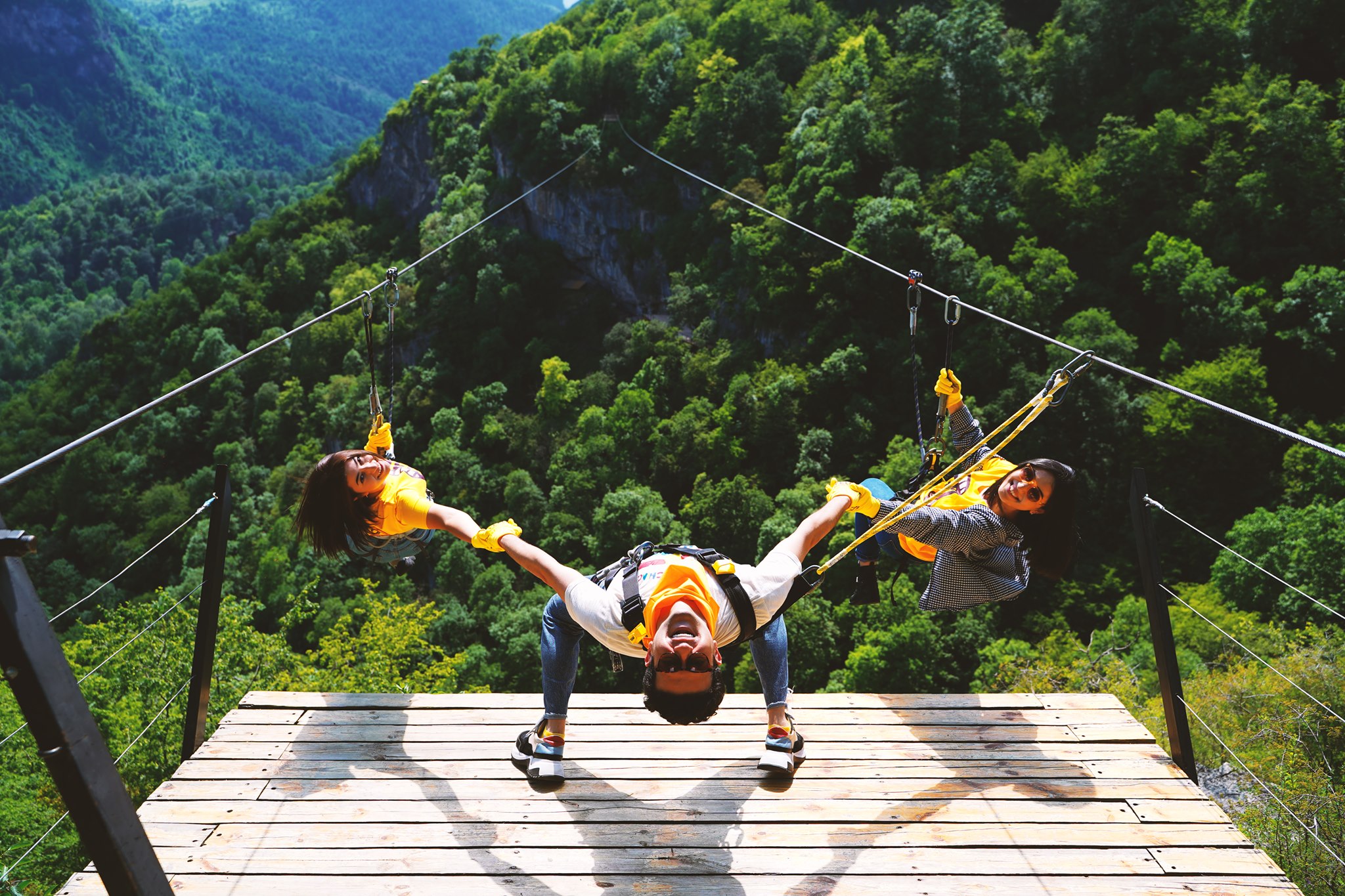 Then you can visit the hidden wander of nature - Lastiver. Here you feel as if in childhood or fairy tale. On the way to Lastiver you can see a cave with many sculptures on the wall then continue your way to waterfall and small wooden houses on the trees and big stones. 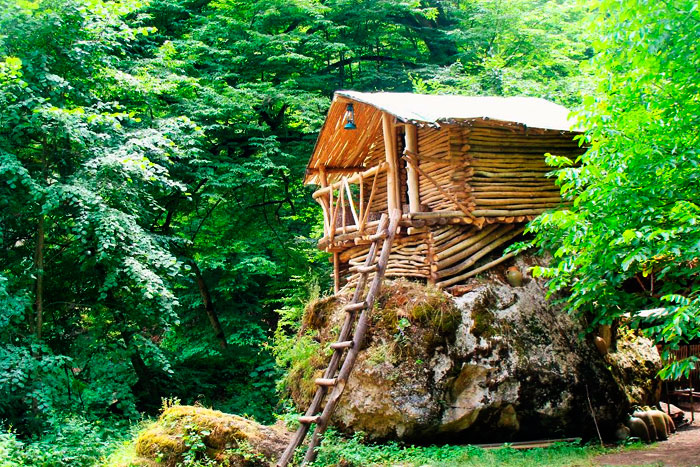 Everything here creates a mysterious and fairy tale atmosphere. Tatev Monastery is a 9th century historical monument. It is one of the oldest and most famous monastery complexes in Armenia. During medieval times Tatev Monastery was a scholastic, enlightenment and spiritual center. The shortest way to the monastery is the Wings of Tatev cableway.  Then you can take Jeep tours and explore the villages of Old Halidzor, Old Khot and Old Shinuhayr. Every experience is guaranteed unforgettable! Afterwards visit the Devil's bridge, where you can  swim in the warm salubrious springs, ringed by stalactites of marvelous colors. The most intrepid can descend to the river to see the secretive grottos below the springs. Then you can visit the Khndzoresk Swinging Bridge, It’s a very long bridge, it’s fun to walk and also nice to see it with background scenery from distance. It’s stable, don’t be afraid too much to walk on. You stop by in the middle of the bridge, see the scenery of caves and mountains around, beautiful!

Mount Aragats is an isolated four-peaked volcano massif. Aragats is isolated from Armenia's other mountain ranges. However, it is considered part and the highest point of Armenian highland. It has four summits, which are named according to their relative geographic position. Aragats is a large volcano with numerous fissure vents and adventive cones. Numerous large lava flows descend from the volcano and are constrained in age between middle Pleistocene and 3,000 BCE. The summit crater is cut by a 13 kilometres (8.1 mi) long line of cones which generated possibly Holocene-age lahars and lava flows. The volcanic system covers an area of 5,000 km2 and is one of the largest in the region.

Before climbing this mount you can admire the unique and beautiful waterfall Gegharot. 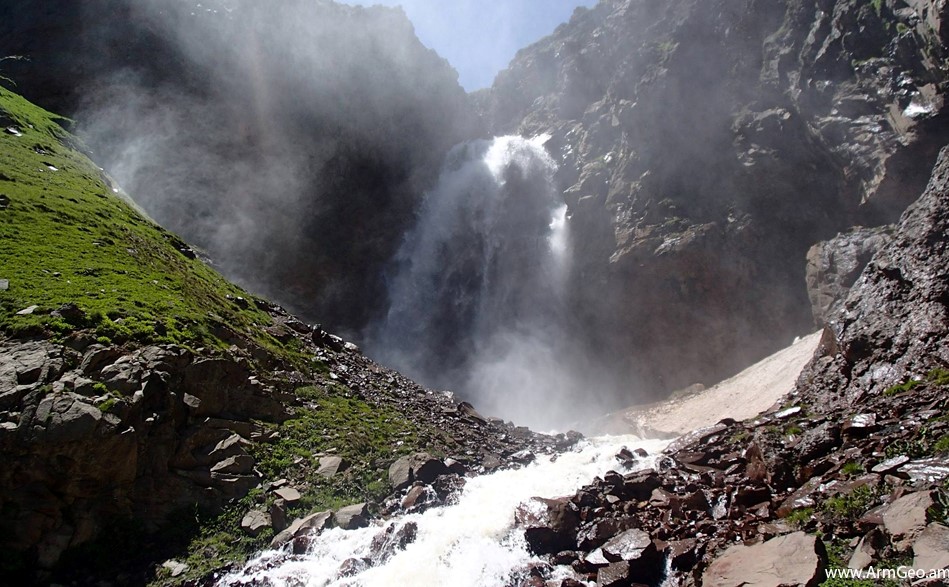 In winters the Waterfall is frozen, while in summers it falls from about 17 meters height. The Waterfall  is a “hydrological monument” and is registered in the list of “Specially protected areas”. It has a really beautifull view and is worth to visit. Armenia has four national parks and Dilijan. The park, which was only established in 2002, is famous for its medicinal mineral water springs, as well as its natural monuments. Many of Armenia’s more important cultural locations can be found within the grounds of the park, such as Haghartsin Monastery, Goshavank Monastery , as well as Matosavank Monastery . The Aghestev and Getik river basins are also both within the boundaries of Dilijan national park. You can also visit the Parz lake.

We also would like to tell you about a hotel where it's worth to spend a night. Surrounded by the deep green woods of Dilijan National Park, The Cozy House Dilijan offers you miraculous houses, which will remind you about the movie Hobbit. Stay tuned! Stunning views are awaiting you! It is a relatively easy hike and the views are totally worth going! The height of the mountain is 3,206 meters above sea level. The origin of Vachagan River is located at the northern edge of mount Khustup. It is one of the most beautiful, magical and unforgettable summits that you will ever conquer. The view is so magestic that you will hardly be able to control your emotions! On the way to khustup you can visit the Plane Grove Senctuary. It comprises the biggest in the Caucasus natural grove of the oriental plane Platanus orientalis and is surrounded by a 100 m wide buffer zone which encompasses the lands of Nerkin Hand and the Kapan Forestry. Then comes the Shikahogh State Reserve, which is Armenia’s second largest forest reserve, covering some 10,330 ha of land. It is home to unique species considered to be the wealth of not only Armenia but the whole world as well. 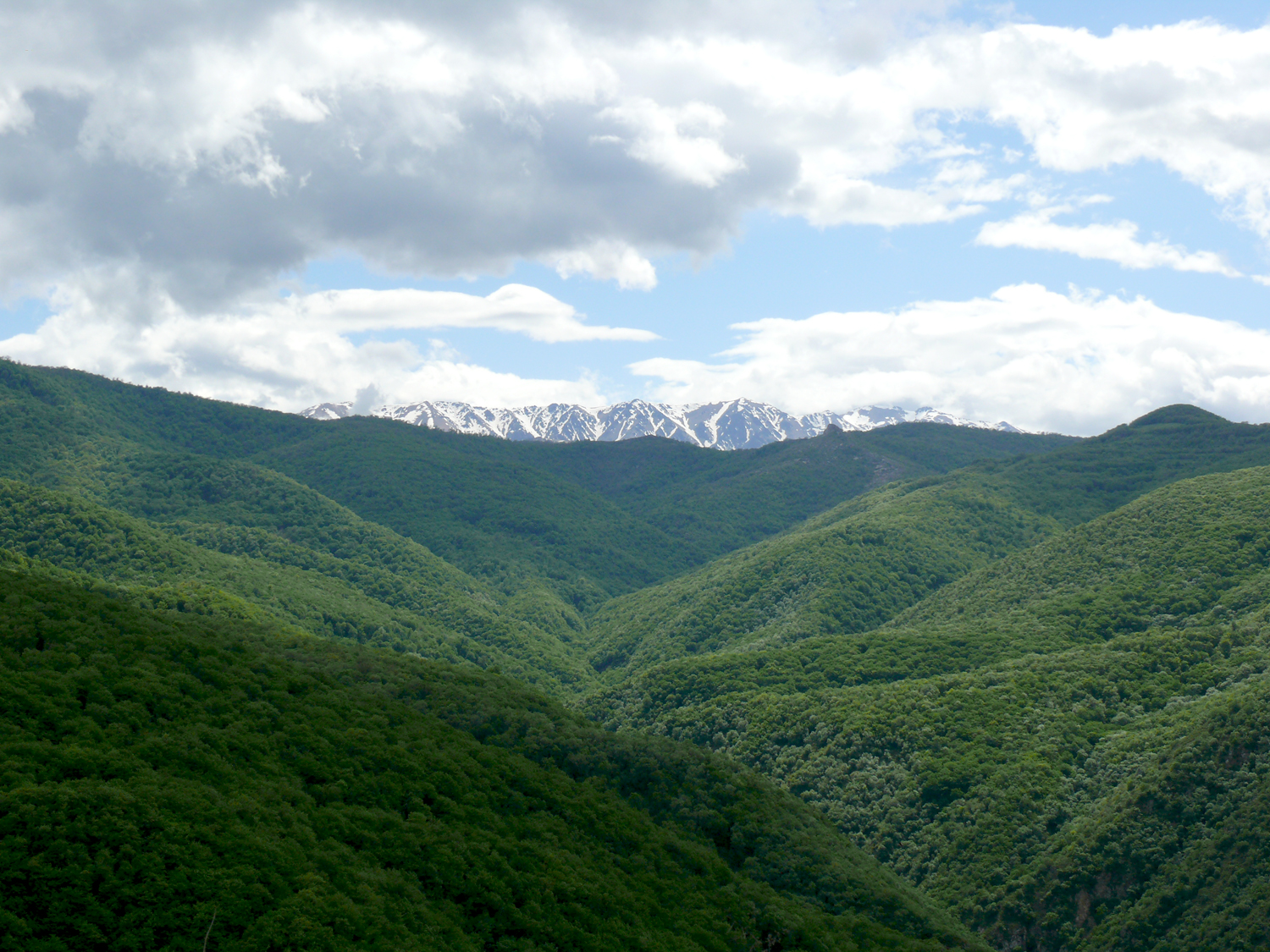 The Temple of Garni  is the only standing Greco-Roman colonnaded building in Armenia and the former Soviet Union. Built in the Ionic order in the village of Garni, Armenia, it is the best-known structure and symbol of pre-Christian Armenia. According to some scholars it was not a temple but a tomb and thus survived the destruction of pagan structures. It collapsed in a 1679 earthquake. Renewed interest in the 19th century led to excavations at the site in early and mid-20th century, and its eventual reconstruction between 1969 and 1975, using the anastylosis method. Then you can visit the Geghard monastery. 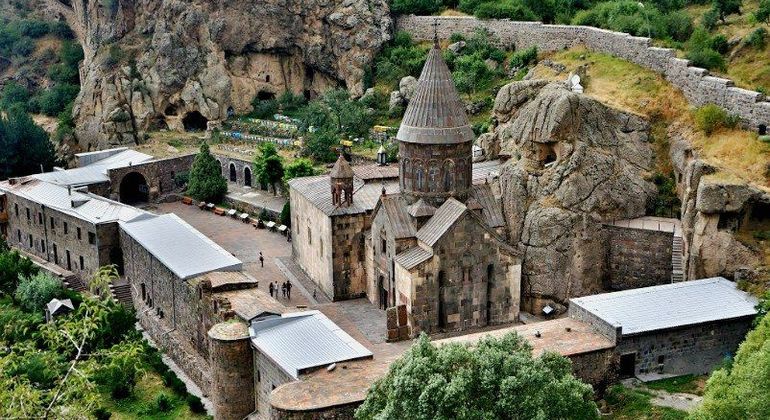 Geghard is a medieval monastery in the Kotayk province of Armenia, being partially carved out of the adjacent mountain, surrounded by cliffs. While the main chapel was built in 1215, the monastery complex was founded in the 4th century by Gregory the Illuminator at the site of a sacred spring inside a cave. The monastery had thus been originally named Ayrivank , meaning "the Monastery of the Cave". The spectacular towering cliffs surrounding the monastery are part of the Azat River gorge Some of the churches within the monastery complex are entirely dug out of the cliff rocks, others are little more than caves, while others are elaborate structures, with both architecturally complex walled sections and rooms deep inside the cliff. The combination, together with numerous engraved and free-standing khachkars is a unique sight, being one of the most frequented tourist destinations in Armenia. 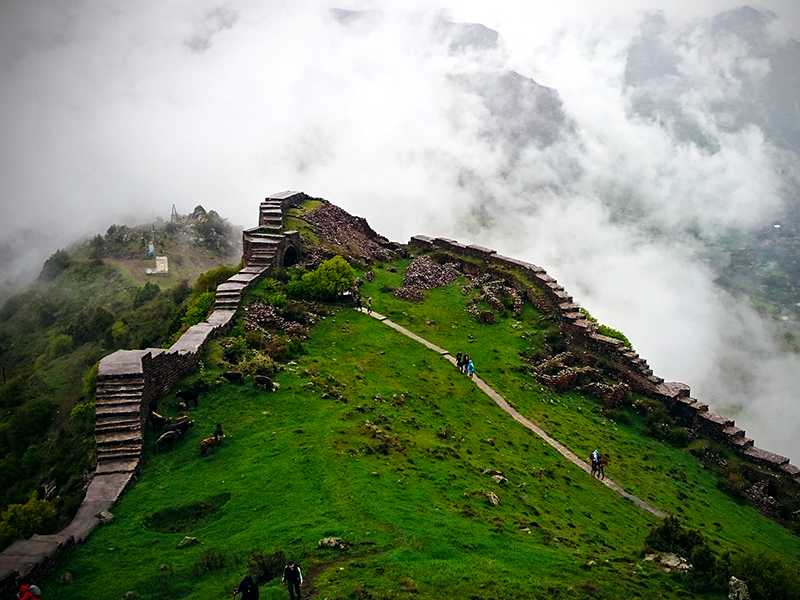 Smbataberd is a fortress located upon the crest of a hill between the villages of Artabuynk and Yeghegis in the Vayots Dzor Province of Armenia. It was built in a very advantageous position on the southern end of a ridge, guarded by steep cliffs on three of its sides. Very large ramparts with towers are still relatively intact on the exterior. Within the confines of the fortress little remains except for the faint foundations of buildings near the fortification walls and a keep located at the highest point of the site. It has a really beautifull view. Then you can continue your way to Tsaghats Kar. 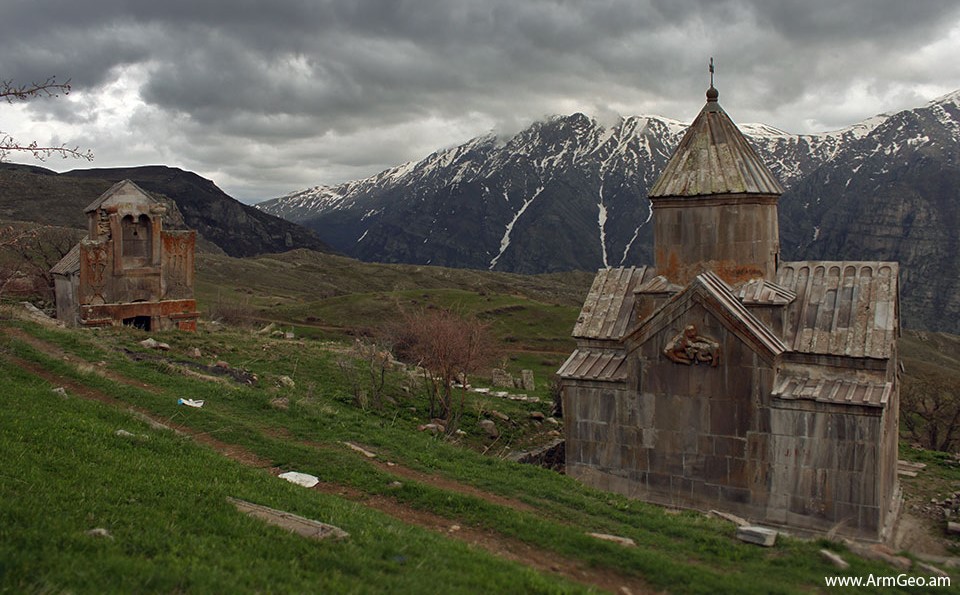 Tsakhats Kar complex is a 13th century Metropolitan. In the fifth century, during the war against the Sassanids, four battles took place in Vayots Dzor, one of which occurred near Tsakhats Kar. The war's most famous battle was in 451, at Avaraiyr, which was pivotal in rallying Armenian resistance and eventual right to exist autonomously. 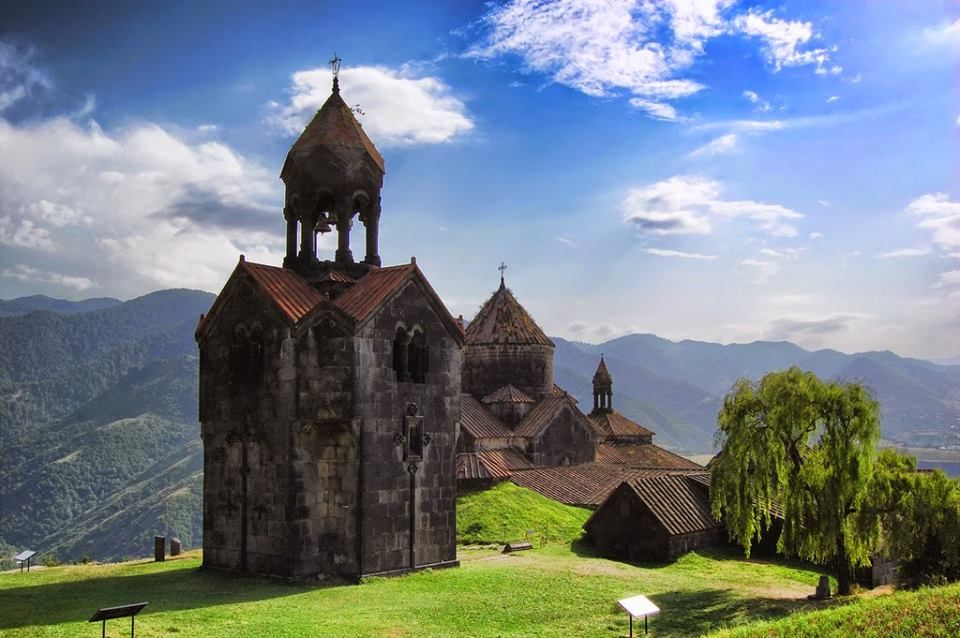 Haghpat Monastery, also known as Haghpatavank , is a medieval monastery complex in Haghpat, built between the 10th and 13th century. It was built, not on a peak, but halfway up a hillside on a site chosen to afford protection and concealment from prying eyes and also in response to a kind of monastic humility. It is built on a verdant promontory located in the middle of a mountain cirque, which is often wreathed in clouds. A peak on the opposite side of the river is over 2,500 meters high. The monasteries of northern Armenia are not isolated, unlike their counterparts in the country's arid regions. They were built in a village environment and Haghpat is surrounded by many hamlets. Then visit Sanahin. 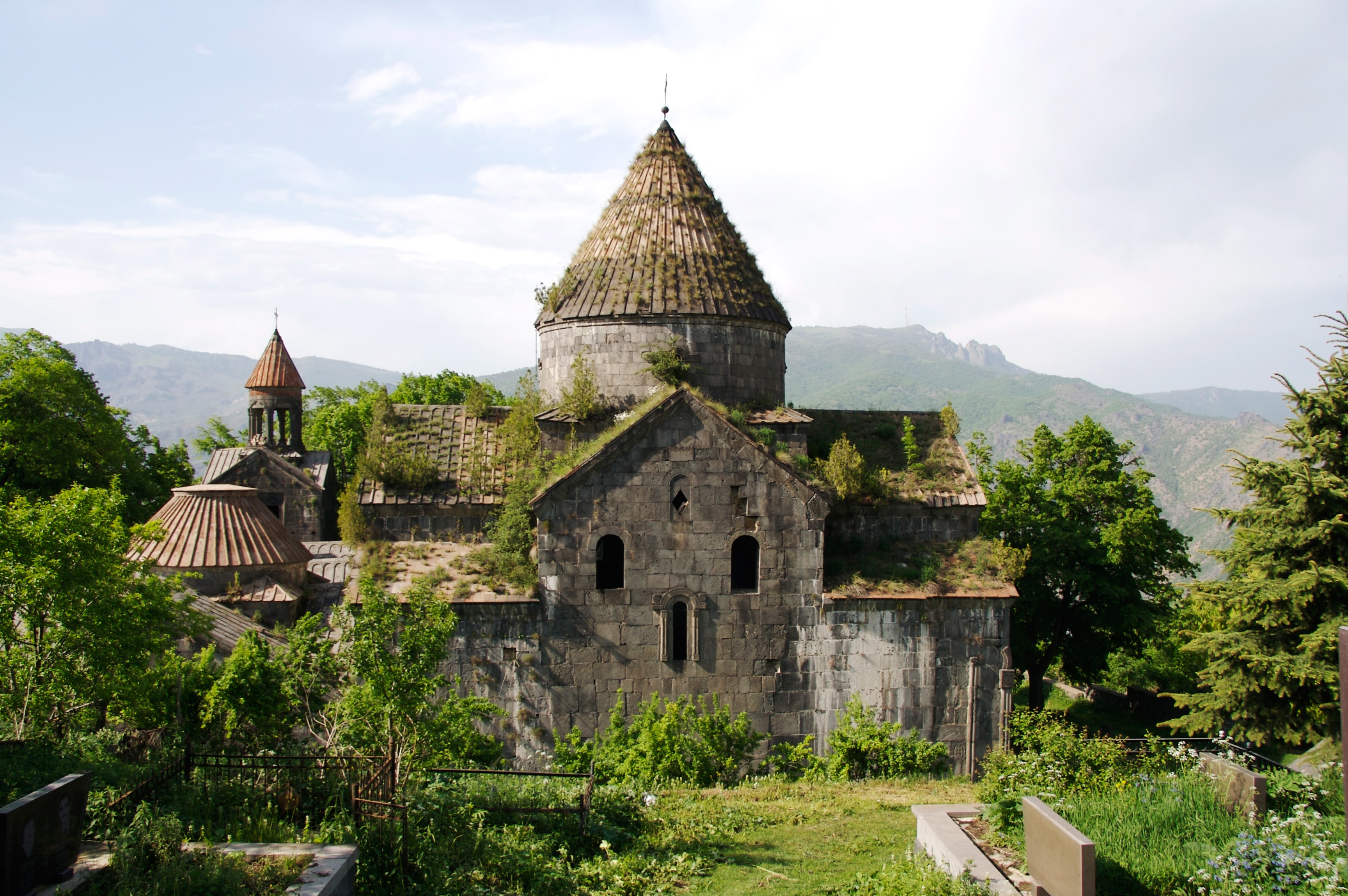 Sanahin Monastery is an Armenian monastery founded in the 10th century in the Lori Province of Armenia. The name Sanahin literally translates from Armenian as "this one is older than that one", presumably representing a claim to having an older monastery than the neighbouring Haghpat Monastery. The two villages and their monasteries are similar in many ways, and lie in plain view of each other on a dissected plateau formation, separated by a deep "crack" formed by a small river flowing into the Debed river.

Lake Sevan , is the largest body of water in Armenia and the Caucasus region. It is one of the largest freshwater high-altitude (alpine) lakes in Eurasia.The lake is situated in Gegharkunik Province, at an altitude of 1,900 m (6,234 ft) above sea level. The total surface area of its basin is about 5,000 km2 (1,900 sq mi), which makes up ​1⁄6 of Armenia's territory. There are some small restaurants where you can taste fresh and delicious fish and a beautyful beach with white sand to take pictures. You can also visit the Sevanavank, which is a monastic complex located on a peninsula at the northwestern shore of Lake Sevan in the Gegharkunik Province of Armenia, not far from the town of Sevan.